Friends of the BC Archives

I’m not sure exactly how I found myself clicking through hundreds of pages of digitized Forest Service images late one night. All I know is that an initial search in the BC Archives database (for something I can no longer recall) led me down a rabbit hole – a fairly common affliction among online researchers. I blame the BC Archives “subject access point” feature, a tool that groups similar records located across various collections. GR 3426, Forest Service Photographs, contains 65,000 images created between 1911 and 1984; with so many images to choose from, I narrowed my directionless inquiry by clicking on the subject access point found under the first image of interest I encountered, “Fire lookout stations.”

Lookout towers have been an essential aspect of forest fire prevention in BC for over 100 years. Fire protection was a focus of the 1909-10 Royal Commission of Inquiry on Timber and Forestry. The commission recommended “that the PROTECTION OF FORESTS FROM FIRE be undertaken by the Government through the agency of a permanent forest organization upon the lines of the Northwest Mounted Police; and that it be compulsory for all able-bodied citizens to assist in this work when called upon” (p. 44). The suggestion to create a paramilitary-like force to fight fires reflects the commission’s desire to protect the forest resource for maximum exploitation. Rangers occupying lookout towers were a vital first line of defence and the commission’s recommendations led to the creation of the Forest Service in 1912.

A 1920 document from the federal Department of the Interior titled “Methods of Communication Adapted to Forest Protection” describes the role of the “lookout man”:

Satisfactory lookout service in a specialized organization demands the continuous presence of the lookout man at his station throughout the daylight hours seven days in the week. This can be accomplished only by making the lookout station and dwelling-house one and the same (p. 7).

Images from the Mt. Bruce lookout provide an example of this approach to fire protection. 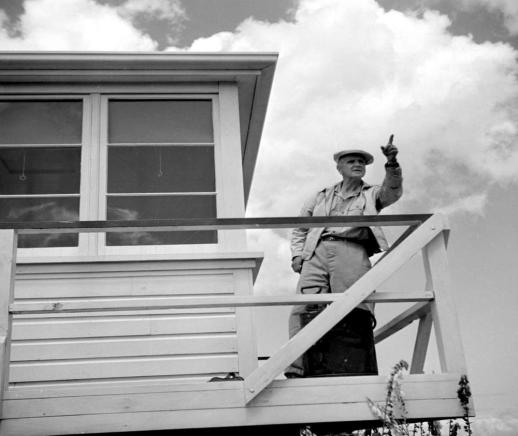 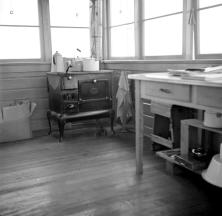 Of course, to spot a fire before it consumed the forest resource, sweeping and unobstructed views were essential:

Accordingly a type of building has been especially designed for this work which is so arranged that no matter where the lookout may be while in the station he can always have a clear and unobstructed view of the entire area for which he is responsible. His duty, therefore, is easily defined. It is to remain at his station continuously throughout the day and maintain a constant watch over the area within his range of vision, noting all indications of fire, determining their location, and reporting immediately to the proper unit of the control force (“Methods of Communication Adapted to Forest Protection,” p. 7).

From glorified ladders to stone foundations and pre-fabricated huts, lookout towers across the province reflected the geography of their surroundings and the skills of their builders. 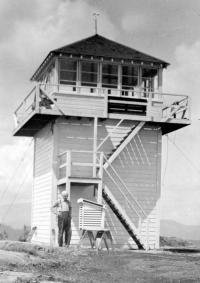 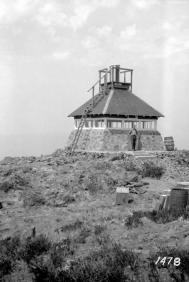 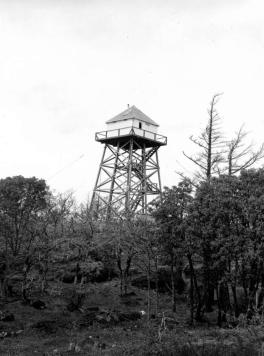 Once installed in the lookout tower, workers had a number of tools to assist with making observations:

For the purpose of aiding him to fulfil his function he is provided with certain mechanical devices. These include tinted glasses to protect his eyes and aid him to distinguish faint smoke at long range, field-glasses with which to examine suspicious looking smudges, a special form of lookout map correctly oriented, a fire locator (or alidade) for determining the bearing of a smoke, and finally a telephone or other means of communication by which he may report without delay (“Methods of Communication Adapted to Forest Protection,” p. 7). 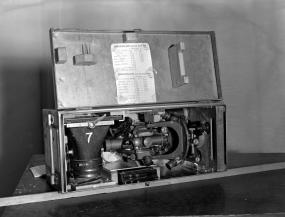 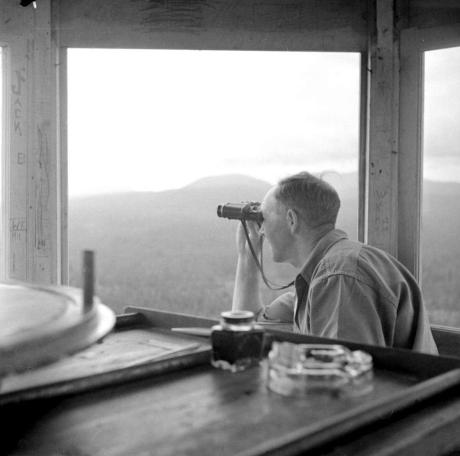 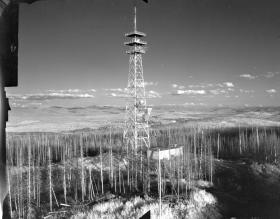 The firefinder or alidade was integral to the function of the tower, allowing the worker to pinpoint the location of the smoke/fire and report its coordinates. Cameras and transits provided information about the visual coverage of the tower; weather stations collected data for use in determining forest fire conditions.

GR 3426 contains hundreds of images of spectacular scenery captured from fire lookout towers. However, not all views were of lush forests – many towers looked out on the aftermath of resource extraction: 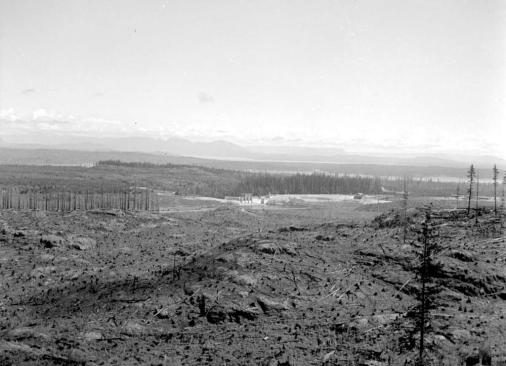 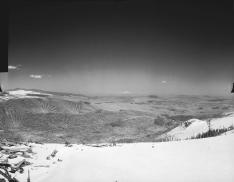 Forestry, and protection of the forest resource, became an increasingly important part of the BC economy after the Second World War. With the increased pace of extraction came new initiatives to make the public aware of efforts to steward the resource for continuous extraction. The duties of a lookout man, perched high atop a mountain and standing on guard for BC’s forests, are best captured in the 1957 Forest Service training film The Man in the Tower [BC Archives Item AAAA2251]. In 1965, the film was re-cut and titled The Man on the Mountain Top. Four years later, the Forest Service erected a lookout tower at the 1969 Pacific National Exhibition, attracting over 24,000 visitors. Lookout towers were so integral to the story of forest protection in the province that one was relocated to the Cowichan Valley Forest Museum in Duncan (opened in 1966; now the BC Forest Discovery Centre). More recently, the fire lookout at Woss was designated a heritage site.

Among my favourite images that I came across are those that feature the people who worked in and visited these towers, especially image NA-05885 taken on Baldy Mountain – a seemingly normal image of a tower, until closer inspection reveals someone standing on their head! 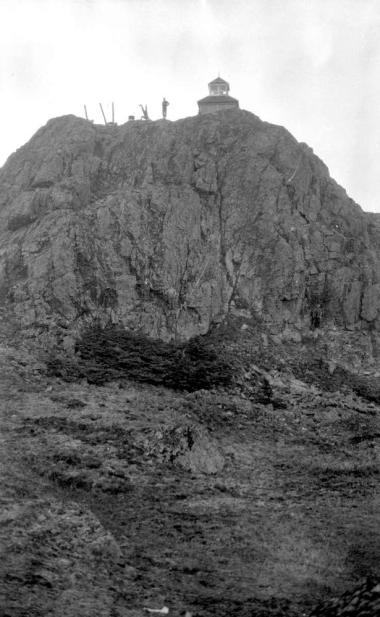 BC Archives. Item NA-06505. “Forest Service group of young rangers on their way to the Boer Mountain lookout.”

BC Archives. Item NA-06506. “Forest Service group of young rangers on their way to the Boer Mountain lookout.”

Subject access points provide a fascinating look at the BC Archives’ holdings and BC history, something the fire lookout tower images found in GR 3426 clearly demonstrate.

This site uses Akismet to reduce spam. Learn how your comment data is processed.